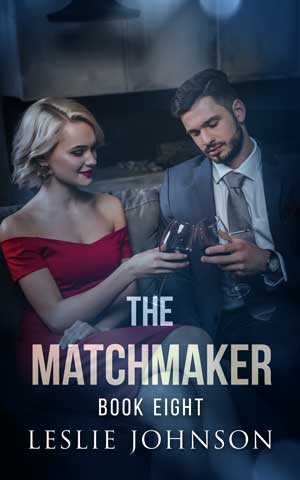 The latest from Leslie Johnson Author

Keith, one of the hardest men Yolanda has ever had the displeasure of trying to match, shocked everyone when he told her that her services were no longer needed. He was seeing Princess Phee, one of the most popular pop stars, and with one look, Yolanda could see that it was terrible match. But then she discovers Andrea…

Andrea was determined to start over after her terrible taste in men nearly ruined her life. Now she was almost about to make the same mistake twice. If only there was a Christmas miracle that could intervene…

All it takes is one week, the best matchmaker in the city, and a few devious friends to ensure that Keith and Andrea end up as each other’s Ever After.

Standalone, no cliffhanger but you can read more about Yolanda in Books 1 - 7.

Leslie loves hard bodied men in uniform. With plenty of sexiness, her men are alpha males, but that doesn't mean her women are pushovers. On the contrary, they can even be more alpha!

Leslie is a California native but recently moved to Arizona after a stint in Arkansas.